Here are some examples.

The setup executable is named as the following: resellkit-setup-<version>-<arch>.exe. Once the file is download, It will open by double-clicking on it, Or right-click then choose open.

The setup progress bar should open up and then when it finishes the app will open automatically.

If you are updating the app, Make sure you have closed it before running the setup.

For some users windows defender may prevent the setup to open. If you'd like to proceed, Click on "More info", Which will show more details including the app's publisher, Make sure the publisher matches Xtentify LLC (company's name) and then click on "Run". 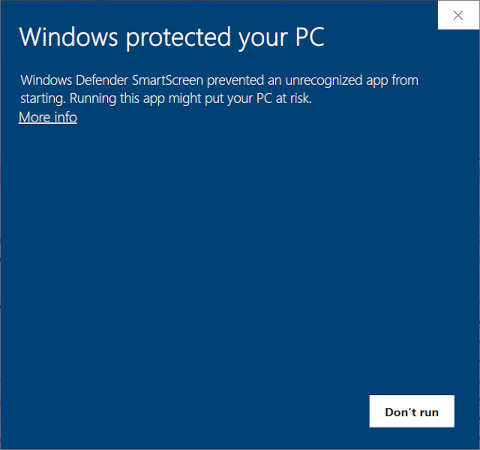 The gif animation below shows how it is done.

RK has been published .AppImage packaging. There's no need to install it, Once the image is downloaded, You to enable executable permission for the file, And then open it by double-click or run the executable on terminal ./resellkit-<version>-<arch>.AppImage.

Running the commands below should enable executable and run the app. Note. You need to replace path/to/rkappimage/dir with the folder where the .AppImage is located. Usually it is in the download folder. Also replace <version> & <arch> with downloaded version and cpu architecture.

If you are starting to learn about ResellKit, Click on Get started to continue your journey on ResellKit docs.